At Creative Repute, we love the opportunity to shine a light on the amazing artists and activists of different backgrounds who work every day to make Philadelphia a more positive, inclusive, and transformative space.

Though last year was challenging for Philly’s arts industry (which lost more than $1 million per day from March 2020 to March 2021 alone) many artists didn’t let the tumultuous years slow them down. Some even found opportunities for activism, utilizing their talents to inspire hope in the community. Today, we highlight four male and masc-identifying individuals whose work profoundly touches the lives of Philadelphians and others beyond the city’s borders, especially in the wake of tragedies like the murder of George Floyd and the COVID-19 pandemic.

Read on to learn about these artists and activists and join us in celebrating and supporting their impactful efforts. 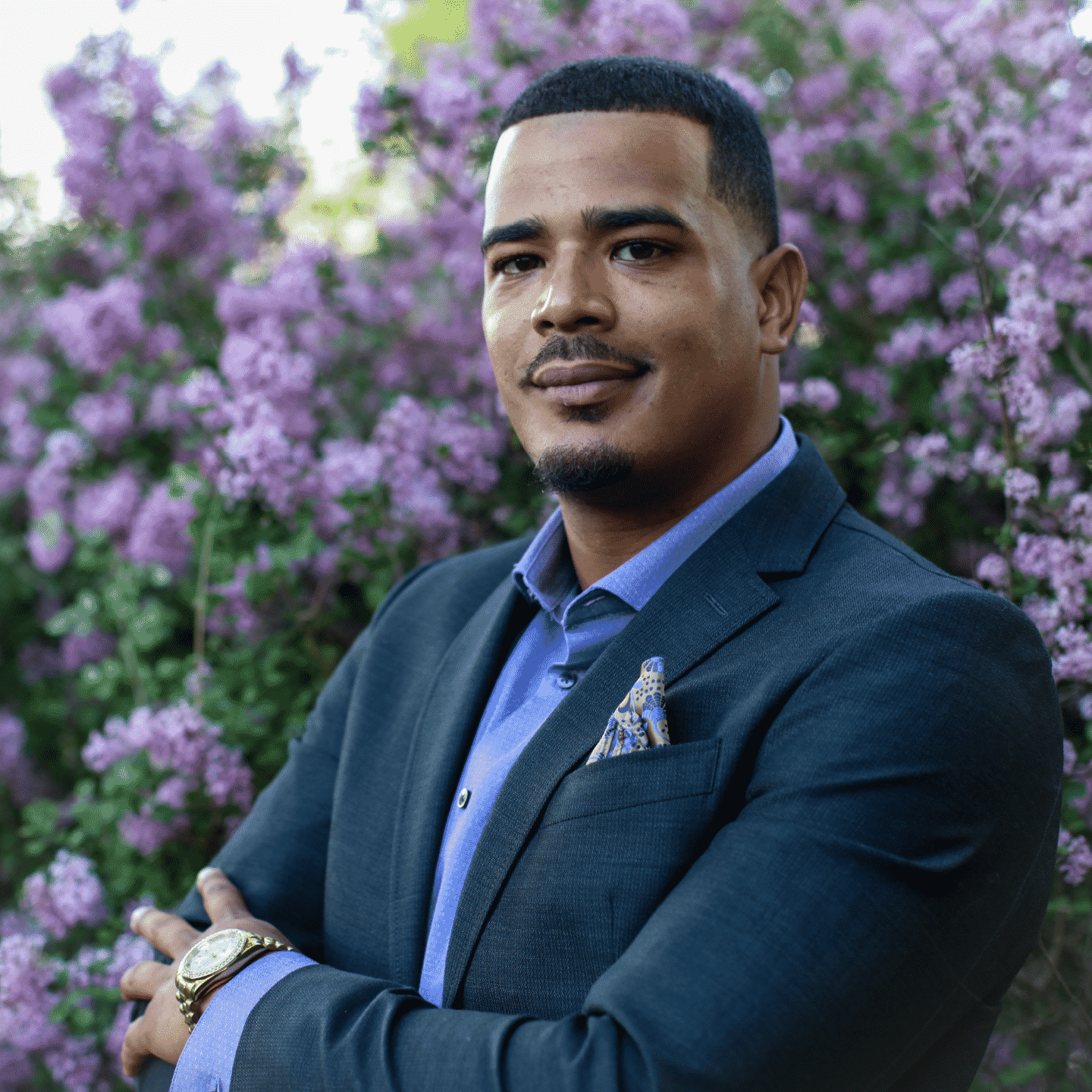 What’s the secret to making a positive difference in your community?

According to Samuel Rodriguez, Philly native and founder of Walls for Justice, the answer is simple: “You don’t have to be the best at what you do. Just make sure whatever you do is for something.”

This profound wisdom is one that Samuel really took to heart last summer as he walked the streets of Philadelphia.

Passing by crudely boarded-up storefronts amid protests, political tension, and a global pandemic, Samuel was tired of the fear that plagued the community. He wanted to make a difference. Staring at the pieces of plywood, he thought “What am I going to do about this?”

At first, he didn’t ask for permission. He simply began painting. “That didn’t last long,” Samuel says, “We got into trouble.” But gaining support was no easy task. “I heard ‘no’ over 40 times before I heard ‘yes.’”

When that “yes” ultimately did come, it was from Benjamin Lovell Shoes.

“When I reached out to [Benjamin Lovell Shoes’] business owner, I told them ‘Hey, I want to paint your board for free.’ And he said, ‘Oh, it’s gonna get taken down tomorrow.’ I said, ‘Don’t worry about it. I’m doing this to help me and the community.’ And the most amazing thing is that a year later, the board that we painted for the community is actually still at the shop. If you go to [that store], you can go to that building right now and see the wonderful artwork that was created by the community.”

Walls for Justice has since painted over 50 murals across Philadelphia, including free installments at local schools. Now they are working on expanding their efforts to other cities. For Samuel, the experience has affirmed a personal philosophy that he has always believed in.

“[My activism] is more about being for a cause than going against one. I don’t consider myself the best at what I do, but I think what makes the difference is my approach to things. Even the smallest act of love or care can fill up the biggest space in someone’s heart. When you choose actions from your authentic self, the possibilities just open up.” 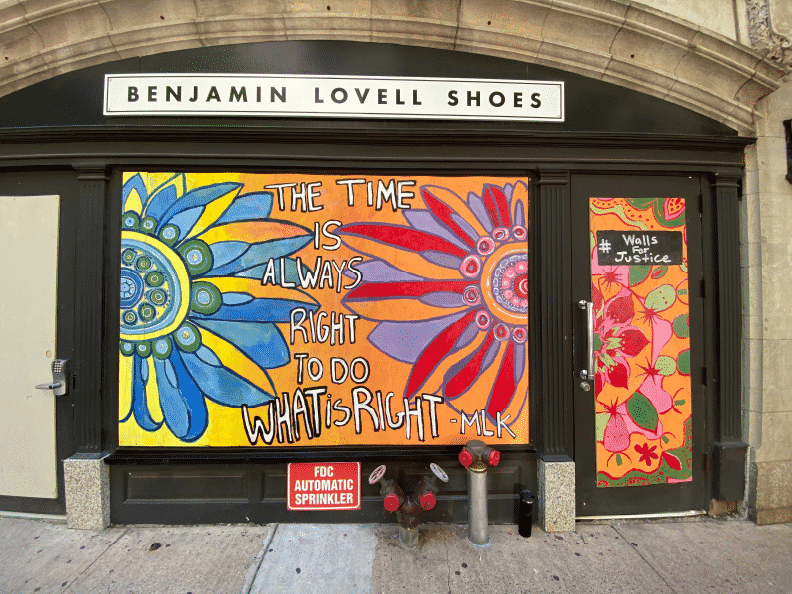 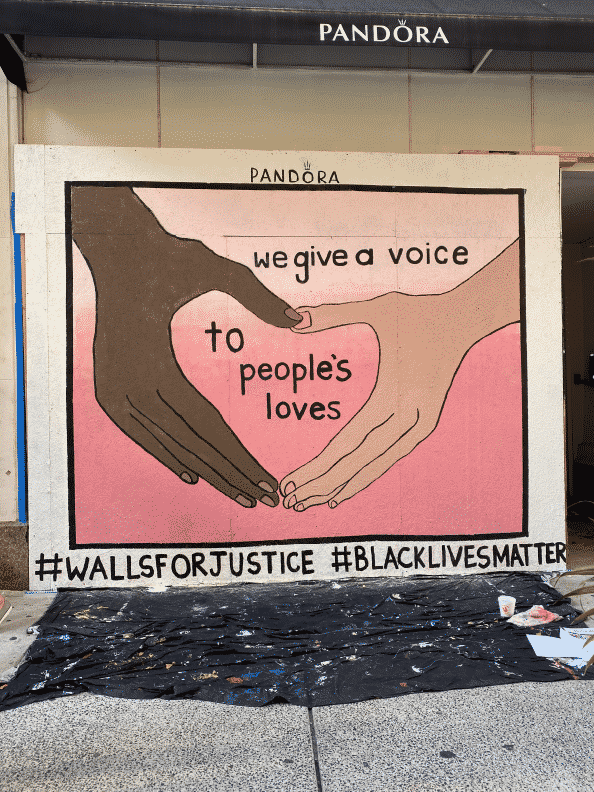 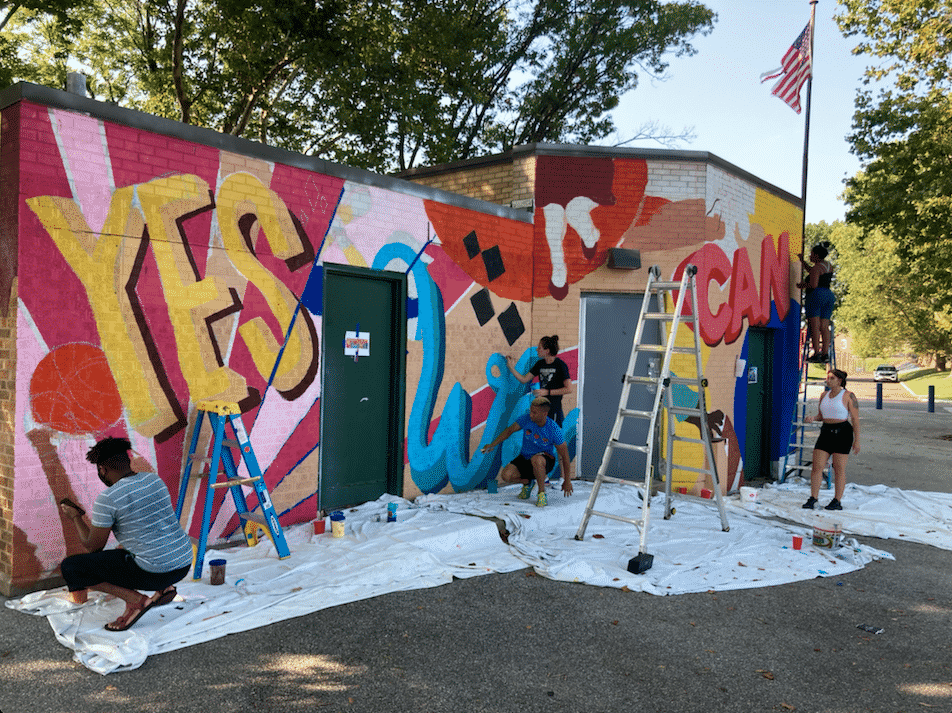 Learn more about Walls for Justice and find ways to get involved at wallsforjustice.org. 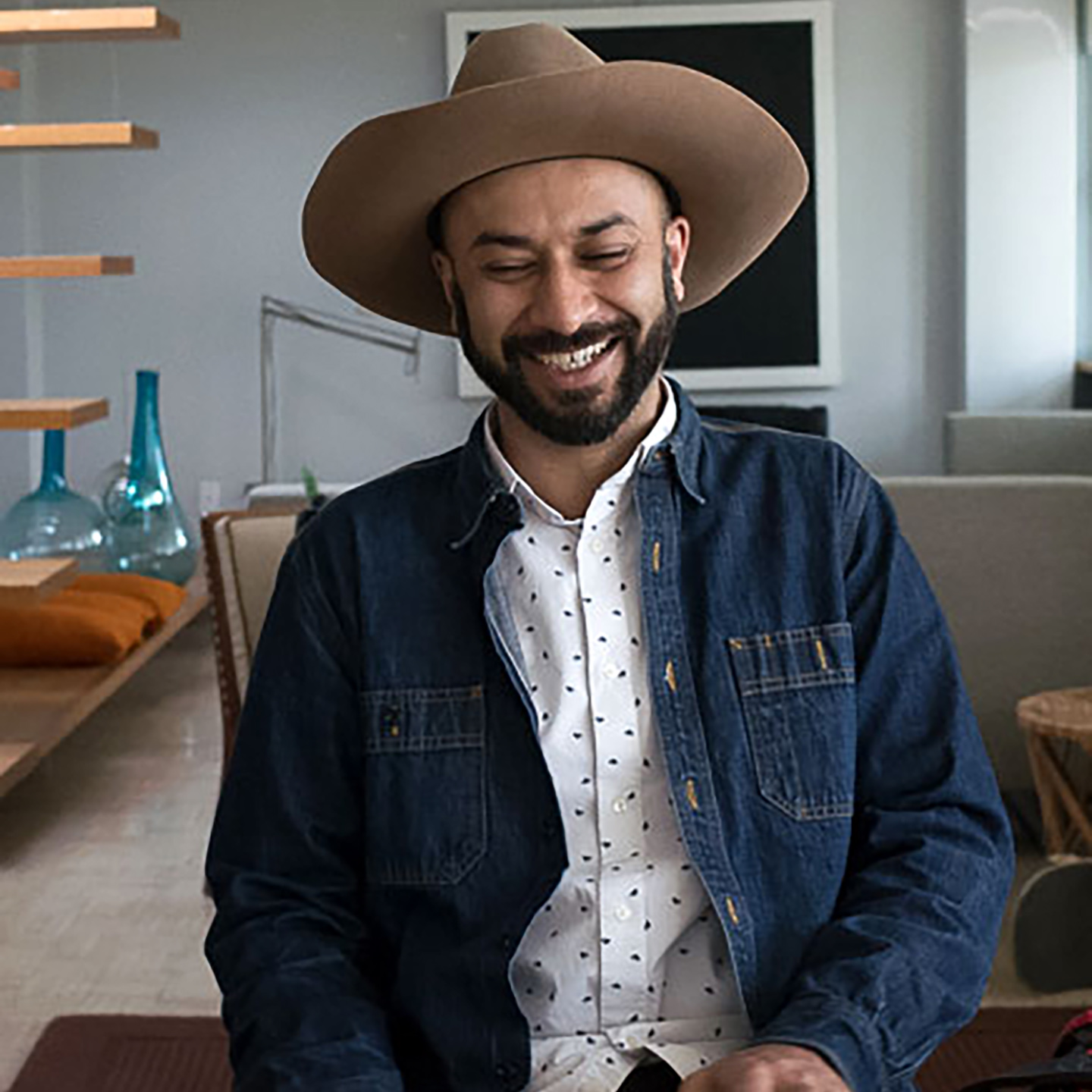 Last year, many people were unable to join the Black Lives Matter protests due to limits imposed by the COVID-19 pandemic. Fortunately, this inspired some individuals to get creative with their efforts, sparking projects that have left a lasting positive impact.

One of those individuals was Sheldon Omar-Abba, visual artist and founder of The Peoples Film Program.

“The Peoples Film Program was a response to a lot of the wildness that was happening during the pandemic, specifically a lot of what we were seeing after the murder of George Floyd. On the first or second day of the riots in Philadelphia, I saw an article [on Philly Mag] talking about ‘the most iconic protest photo.’ They were giving that title to the work of someone who wasn’t Black, who wasn’t a person of color, and who wasn’t the best representative of the protest or the people fully committed to it. That deeply frustrated me.”

That frustration fueled Sheldon to get to work. “I was partnered with this photo lab at the time, and I was there every day,” he said, “I had this idea to put up a post on social media. Just a quick post offering free film development and scanning for Black, POC, and youth photographers who were shooting to support the protests.” The post went unexpectedly viral and Sheldon had to raise money just to keep up with the requests.

“The response was amazing,” he said.

Within days, Sheldon would establish the Peoples Film Program, an organization that is still going more than a year later. PFP has expanded its efforts to increase the visibility and representation of BIPOC and youth shooters in photojournalism and fine art film photography. They are currently working to organize and develop ways to better assist artists, individuals, and community organizations through micro-grants, programming, education, archiving, publication, and exhibition.

“You can take a simple photograph on your smart phone, and instantly–whoever you are–you are creating a historical document. A straight-up representation of the time. And when you talk about it, you’re kind of creating history in a way. So I think with [Peoples Film Program], the goal is to help people feel supported enough to keep doing that. We want to make it so that when people look back in time, there’s a collection [of works] from a number of people of color that were affected by these things, via historical photo documents and whatever else it might be. But also, it doesn’t have to just be about the fight because the fight is exhausting, and is constantly going on. It was going on before I was born and it will be going on after I die, and it feels like that for a lot of people. So I’m also asking myself, ‘How do we support the work of people of color that might be more narrative-based, or might be more about their personal experiences, or just about their artwork? How can we give them resources that they might not have had access to before, or might not have had as large an audience for? How can we help with that?’ Those are really the ultimate goals.” 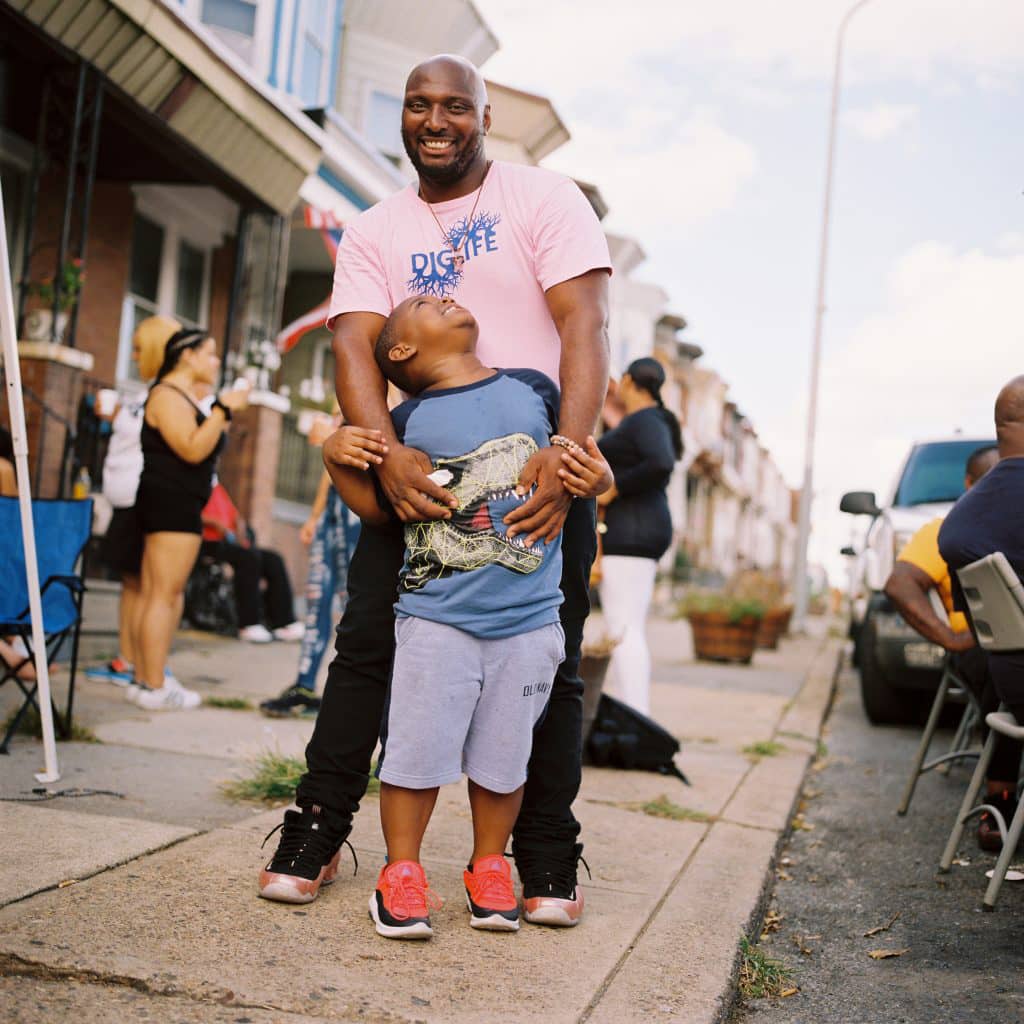 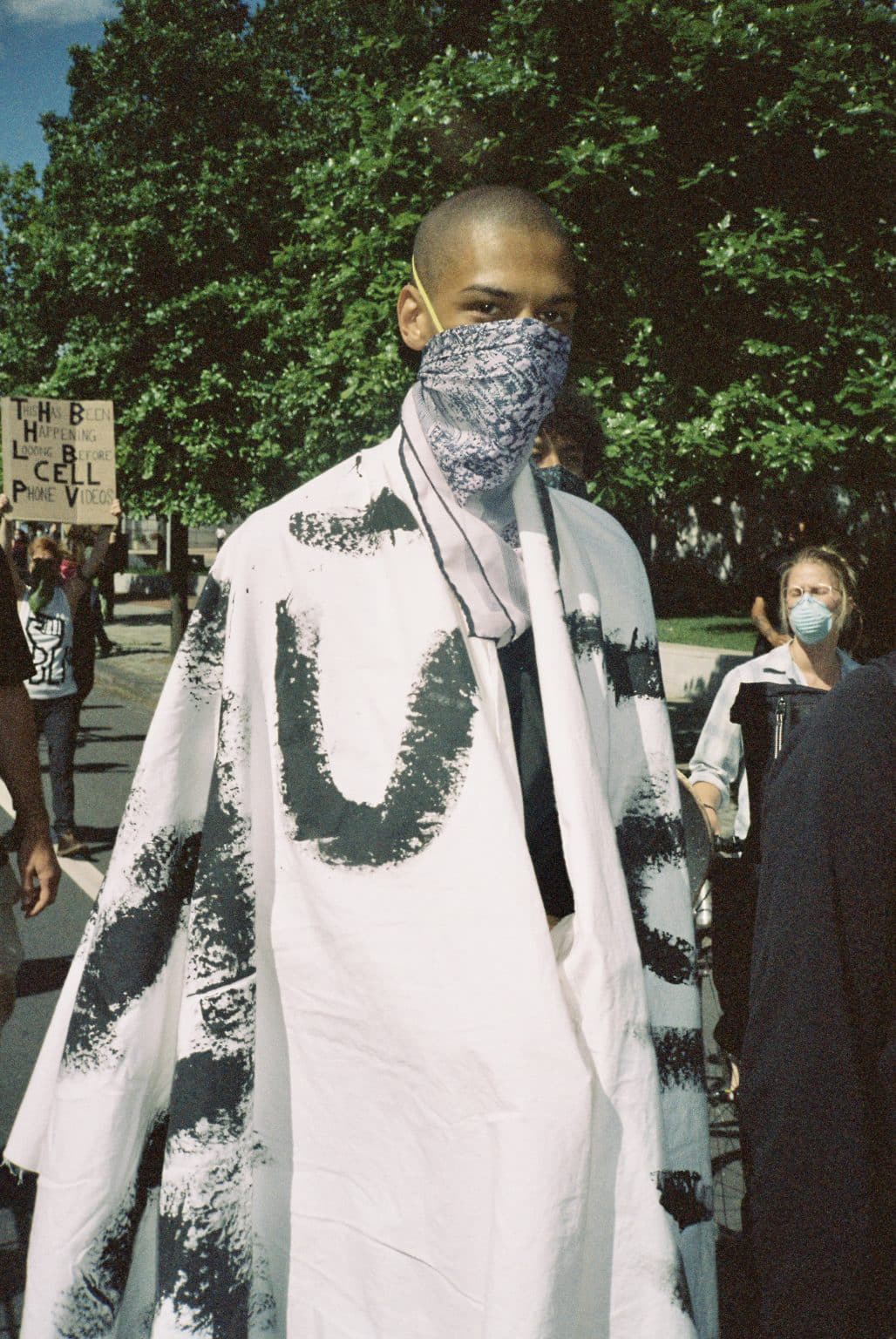 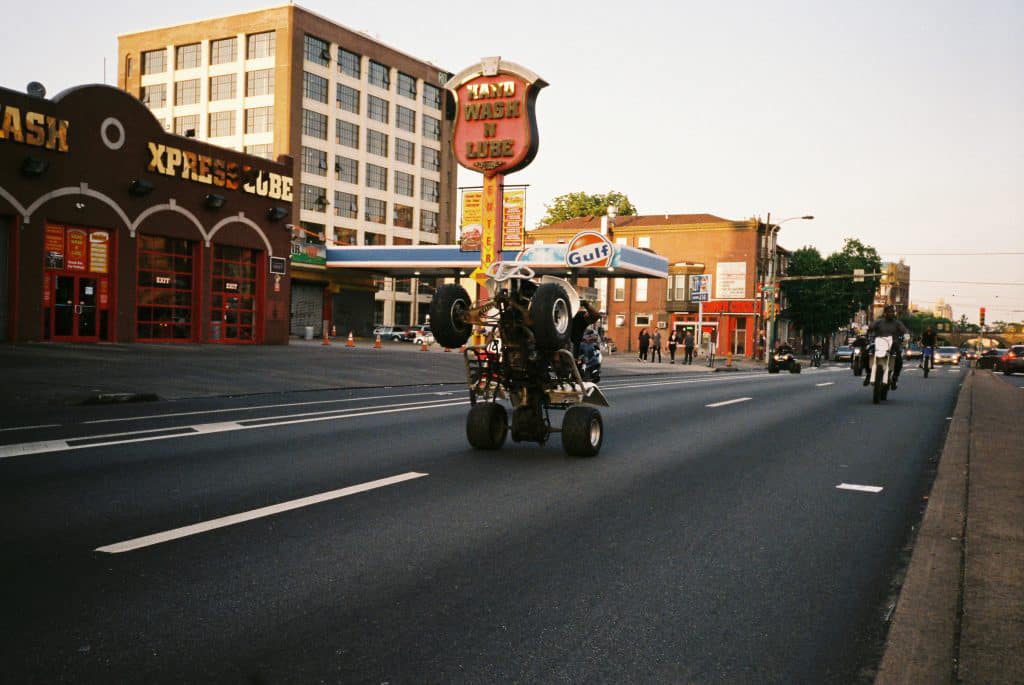 Learn more about Peoples Film Program and get involved at peoplesfilmprogram.com. 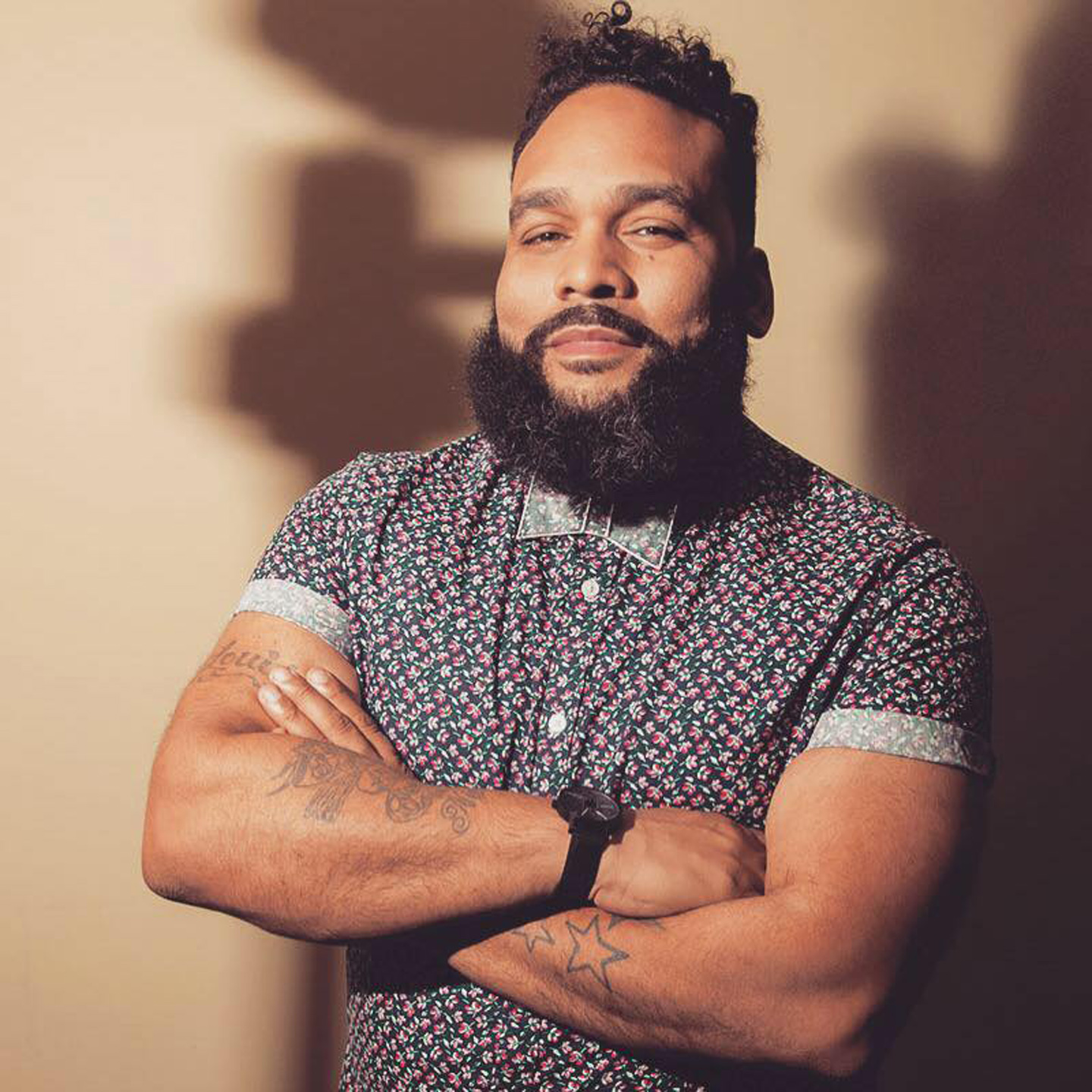 You never know where a side passion might lead.

“I was exploring street photography on my iPhone,” Louie says, “I didn’t see myself as a visual artist. Then a photographer I loved approached me and said, ‘I would love to show your work at my studio.’ It felt like it came out of left field.”

Inspired, he decided to pursue black-and-white portrait photography for the project. “I wanted to do something that focused on storytelling,” he explains. A self-identified Afro-Boricua queer HIV-positive creative, he thought of Gran Varones as an opportunity to connect with and elevate the voices of the communities he belongs to and deeply cares for.

“Gran Varones also allowed me to work out my place in this world and examine how I move and show up in it. It’s helped me to make sense of my racial identity, my ethnicity…but most importantly, it has allowed me to find community all over the country.”

Since 2014, Louie has coordinated and facilitated all interviews featured in Gran Varones. He photographs and films each subject to creatively share their stories. What started as a local initiative has since exploded into a national award-winning project that now offers a program called the Positive Digital Arts Fellowship.

“Seven years later, [Gran Varones] has become not only one of the most important parts of my life, but now we have a fellowship where we support other queer, Black, and Latinx folks who are interested in creating a digital imprint around history or documenting stories from the community.”

Directed by Louie, this fellowship empowers a selected cohort of five HIV-positive Latinx/Black-Latinx LGBTQ+ men and bois to “combat HIV stigma and promote family acceptance in Latinx communities through digital storytelling, community building, and cultural organizing.” Though a podcast and other relevant projects might be in the near future, Louie says that the fellowship is currently his main focus. “Supporting others in this work is most important to me,” he says. 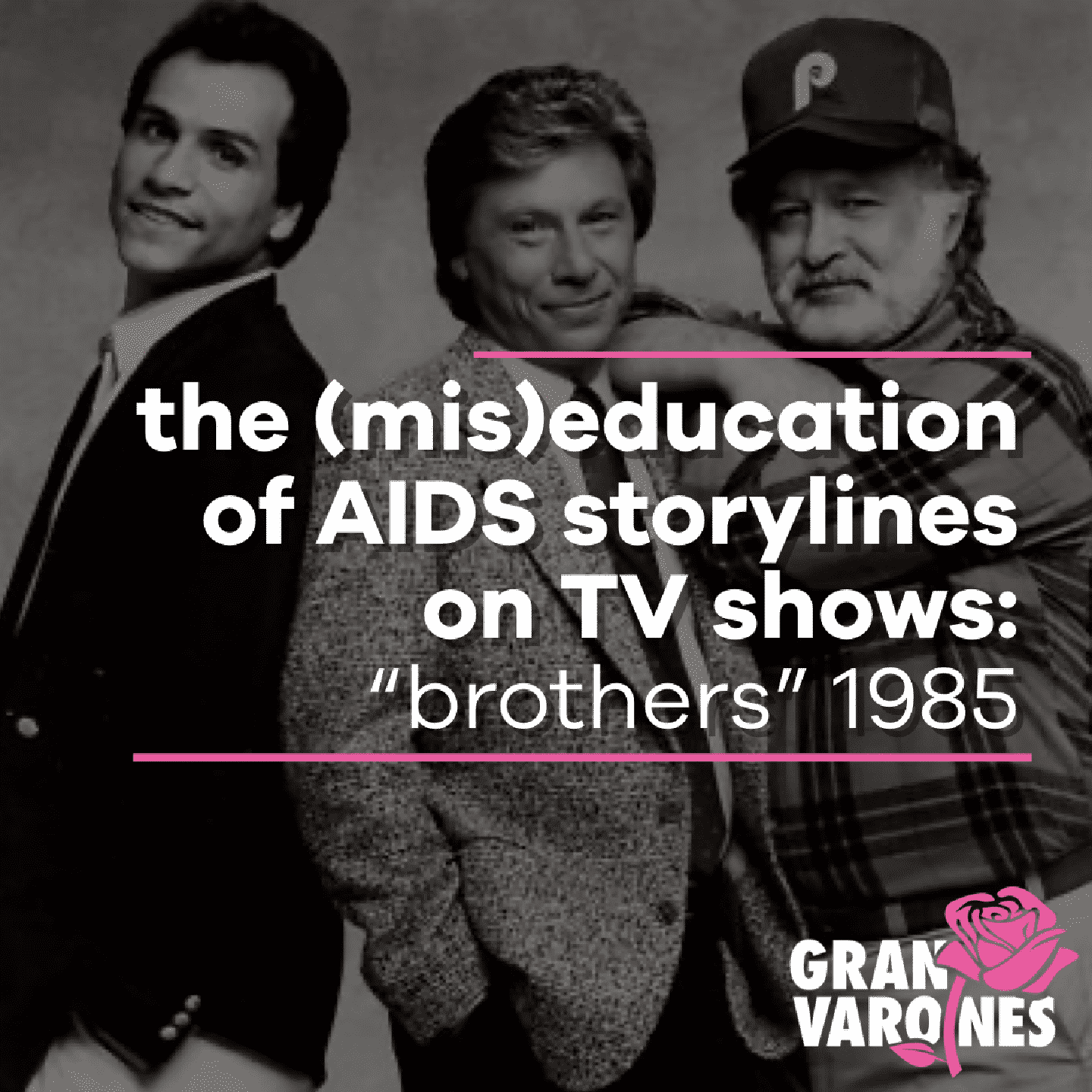 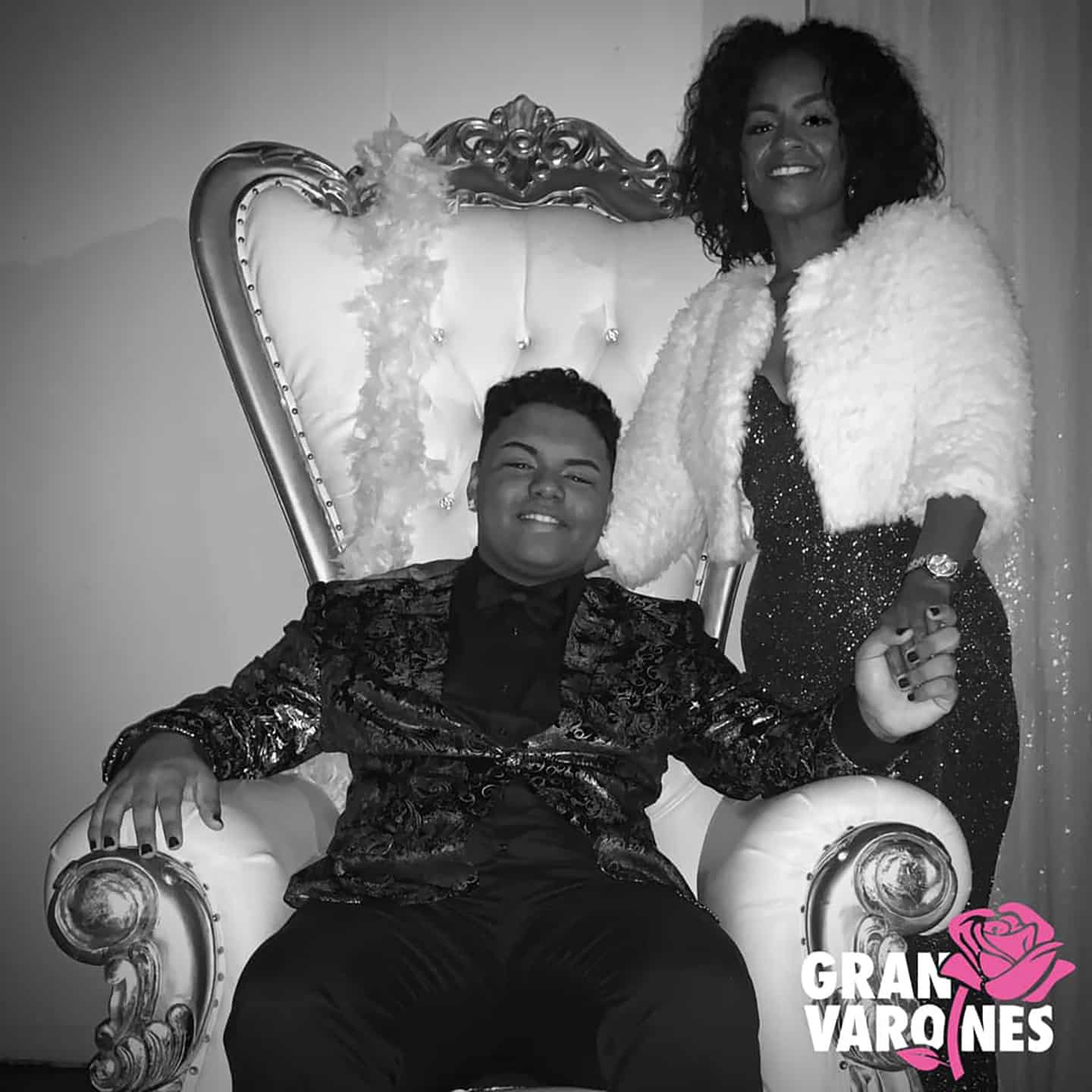 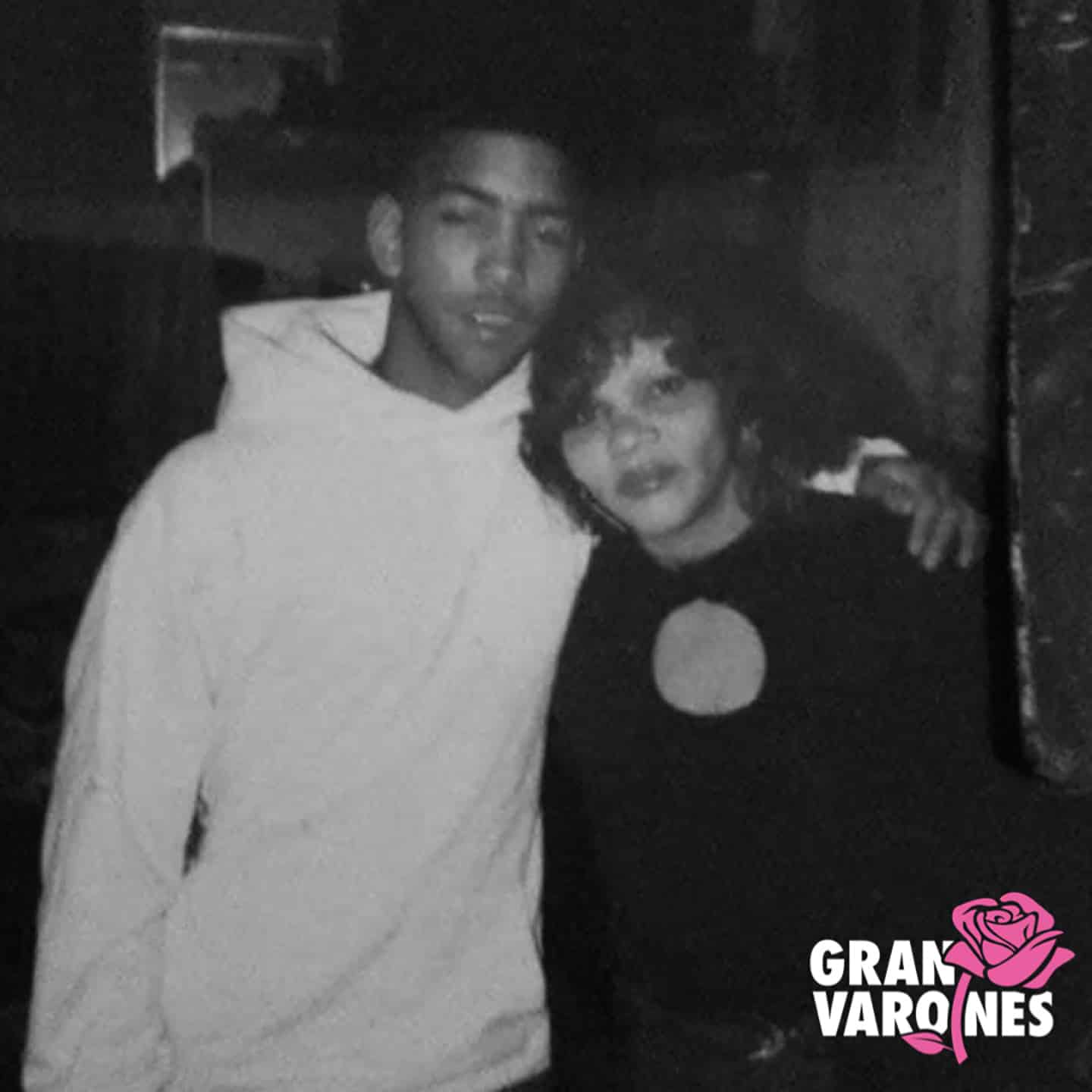 Read about the (mis)education of AIDS storylines on TV shows: “brothers” 1985, National Coming Out Day: Jessica & Jaydon, and twenty years and counting: for nicholas.

Learn more about Gran Varones and the fellowship at granvarones.com. 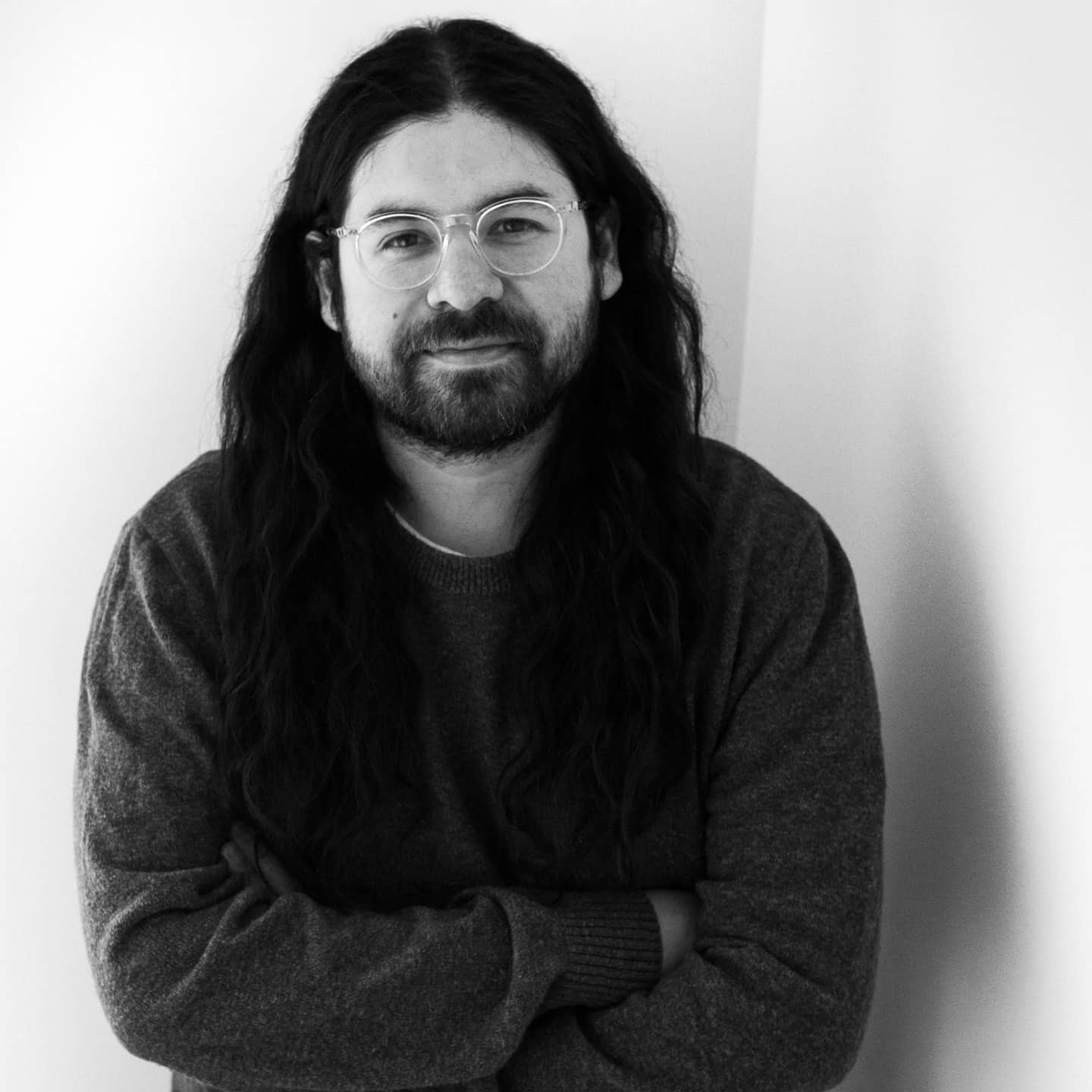 The movement for accessibility in art is growing stronger all the time, and Philadelphia’s Ulises bookstore, co-founded by visual artist and educator Ricky Yanas, is one inspiring example of that.

As a visual artist, Ricky aims to create intersectional spaces of inquiry and mutual engagement. His passion began in college while he was studying photography under the late Larry Leissner–an artist and UTSA professor who loved to cook, paint, and ride motorcycles.

“I was always hearing, ‘Get a job, be secure so you can support a family…’ But Larry enjoyed what I was making. He said, ‘You should be a photographer.’ It was significant. No one had ever affirmed a path for me like that.”

In Larry’s class, Ricky says he learned “how to read the world.” He became fascinated by the contexts and relationships of everyday experiences, saying, “I learned how to put a frame around things and create a context for objects bouncing around in the three-dimensional realm and putting them into the two-dimensional realm, then forming meaning from that translation. It was a reason to walk around and look at the world…to look at how things relate to each other, how people relate to each other, and how people relate to the environment.”

In 2014, Ricky migrated from Texas to Philadelphia where he met curator Gee Wesley and designer Nerissa Cooney. Noticing a lack of spaces that were dedicated to artist books and publishing, Wesley and Nerissa invited Ricky to help them create Ulises, Philly’s first indie arts bookstore.

“The ‘artist book’ is just this very democratic idea of making what would otherwise be very expensive artwork more affordable and accessible. [Before Ulises], there was a lack of spaces that concentrated on these books…since we started, that’s changed.”

Ulises sees publishing as a vehicle for activism and prides itself on being a space that supports “people who make books and expand the boundaries of what art publishing can be.” In addition to stocking titles on subjects like contemporary art, graphic design, and art theory, Ulises also hosts projects, exhibitions, and residencies to support contemporary artists. 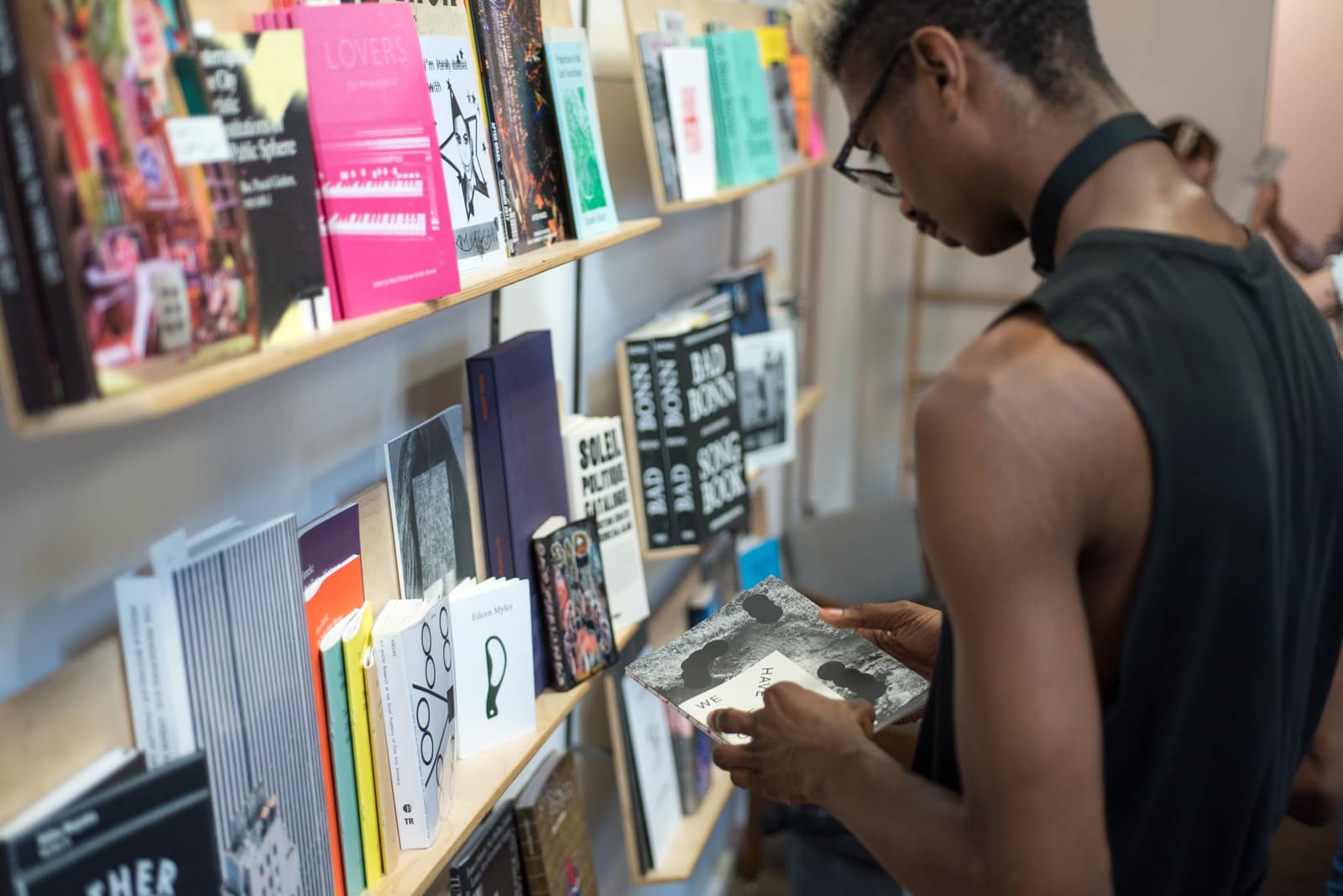 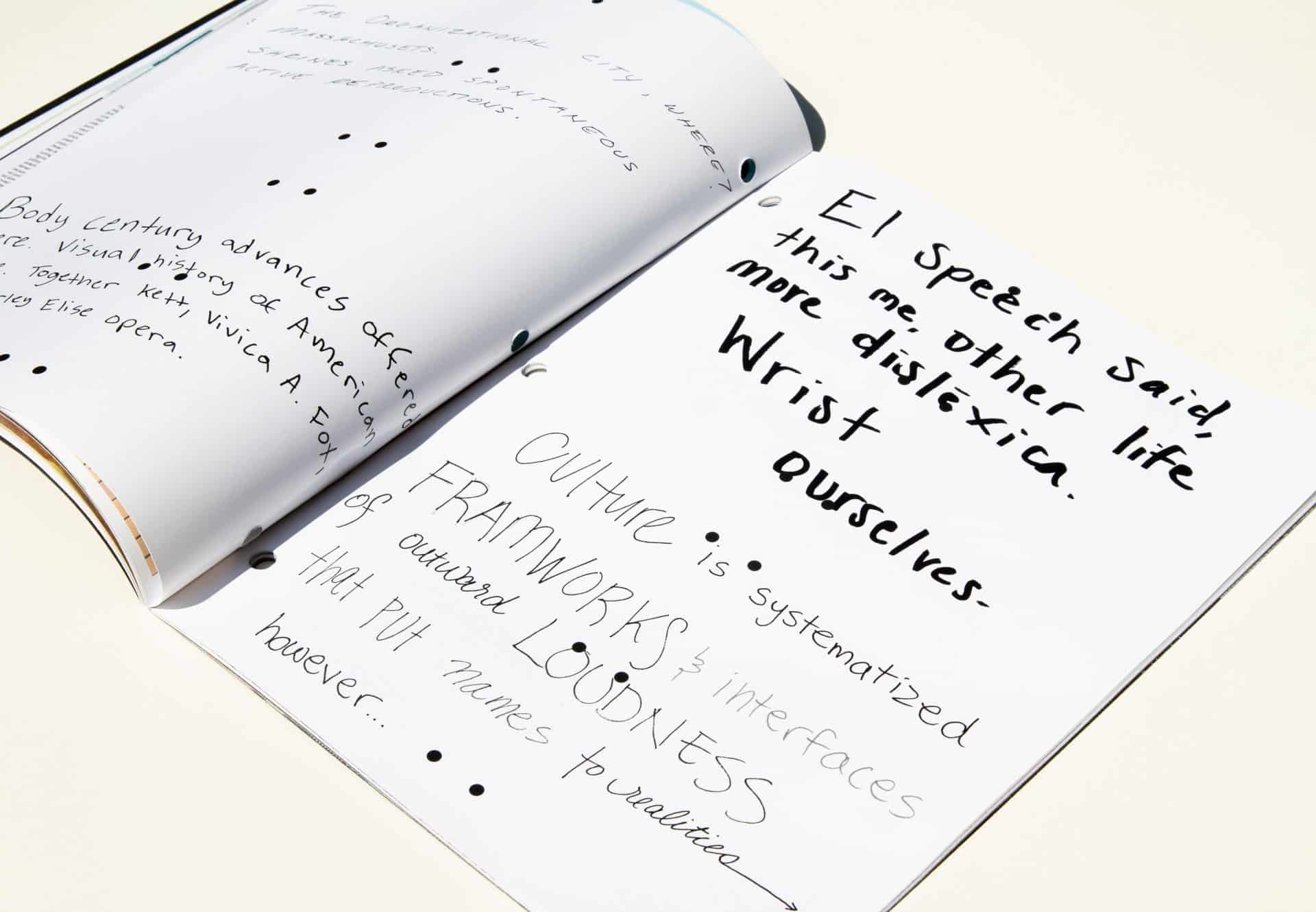 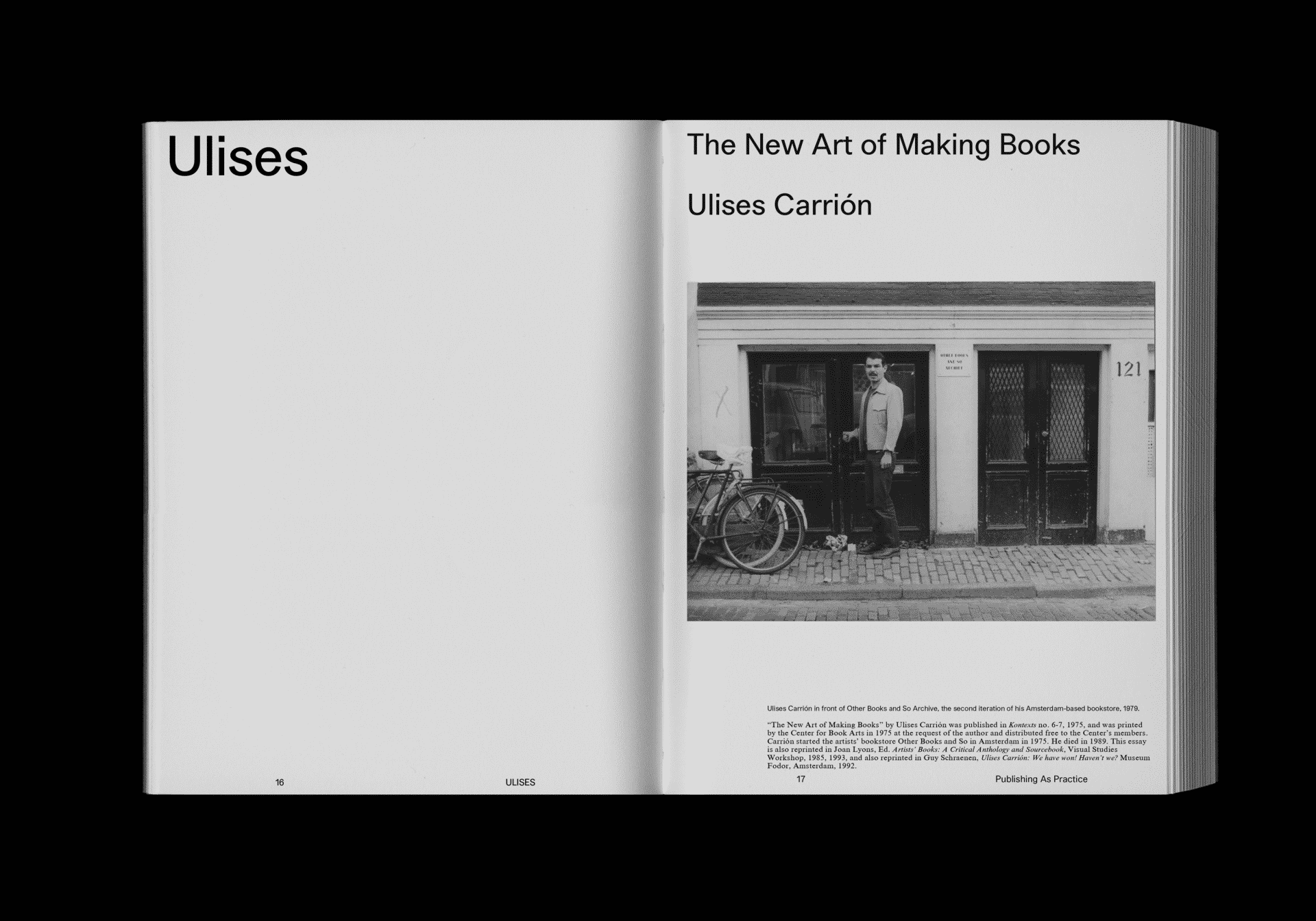 Learn more about Ulises and get involved at ulises.us.