What it’s Like to be African American and Work in the Design Industry?

Why study design to begin with? The fields of study that usually attracts African American students are often within social service because many black people see a need to go out and serve a community. Often times, African Americans want to create a direct impact more than they see a need to explore creativity. Design for commercial use is a new focus, and the field of study does not connect with the issues that many African Americans are faced with today. Expressed on an interview on the Revision Path podcast, those who do decide to study design, are often exposed to an education that focuses on artifact creation, which negates perspectives of social change. Often times, curriculum excludes in depth information about designs from other cultures and histories outside of a European one, which leads African American designer feeling alienated.

After graduating from school, African American graphic designers are presented with another challenge: landing on a job where the experiences of black people are given a platform. Without opportunities to be expressive creatively and to feel supported, African American designers may find it difficult to be seen and heard. According to an article on printmag.com titled The Black Experience in the Graphic Design, the salary of African American art directors have been thousands of dollars lower than that of a white art director that’s working in the same capacity.

Often, African American designers are trail blazers in the design industry. Those who were able to persist even in the face of bias and rejection, pave a clearer path for future African American graphic designers to see their self reflected and to feel more confident about this career path. Here are just a few names we’d like to highlight in this article: 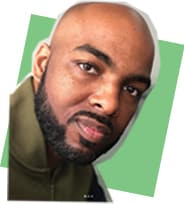 Expanding on Omari Souza’s interview (Episode 213) on the Revision Path podcast, he speaks about what it’s like to be “the other” in circles, and how that has inspired him to want to make a difference using his skill set. Omari worked on a project that researched the history of perceptions in America by reviewing data from Implicit Association Tests (IATs) and then showcased that information on a map. What he found was the importance of taking on issues within one’s own community. Omari spoke about how black designers have the ability to make public statements about social changes that needed to take place.

“Designers have a lot of power. There’s a designer behind every major marketing push.” 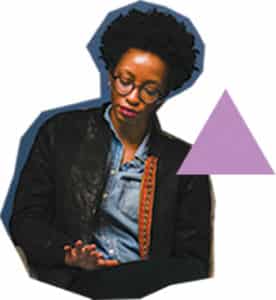 Another name that is growing in the design industry is Nile Livingston, founder of Creative Repute Graphic Design Agency in Philadelphia. Growing up, she was first exposed to visual art from spending time around her PopPop, an architect; in his office, surrounded by blueprints, rolls of drafting paper, and drawings. Nile attributes her supportive family as the greatest influencers when it comes to her love for design. She began honing her skills by taking advantage of free resources that the city of Philadelphia could offer a highschool student; she joined free art and computer graphic classes at nearby universities. After graduating from high school, Nile gained a BA in Studio Art from Kutztown University of Pennsylvania in 2010 and is now skilled in a wide array of media including computer graphics and mural arts.

Graduating with an art degree did not promise her a smooth-sailing journey into employment. She found herself struggling to land on a job so she decided to start a volunteer mural project with childhood friends. With the help of a few mentors, friends, and sponsors who provided tools and painting supplies, this volunteer project served as the turning point of Nile’s success. Through word of mouth, people began to reach out to Livingston for professional assistance in their visual art projects. Opportunities to be creative and provide design services sent Nile on the path to designing creative and eye-catching brochures, logos, flyers, and websites. Her projects required more people in the team—and this gave birth to Creative Repute, LLC.

“I enjoy graphic design because it helps other see what’s possible.”

Co-founder of The Original Champions of Design (The OCD) since 2010, Bobby C. Martin Jr. has worked with recognized clients such as the Girl Scouts of the USA, MTV, the New York Times, the Studio Museum in Harlem, and the National Basketball Association. He also led the design team for Nokia’s brand identity project, which reach global audiences.

Bobby served as a design director of Jazz at the Lincoln Center; collaborating with Artistic Director Wynton Marsalis by reaching new audiences while improving the brand’s overall identity. In 2017, Bobby was awarded by Fast Company as one of the Most Creative People in Business. He is also a board member for the Type Directors Club and served on the board of AIGA/NY from the year 2006 to 2008. He was interviewed by Revision Path (Episode 271) for a special feature that focused to Black American designers. In his interview, he talked about his humble beginnings and The OCD’s business processes, and his inspirations and memories that influenced him as a designer.

According to Bobby, The OCD is not a trend-centric company. He believes that the best work comes from seeking the heart of the brand and communicating it in a memorable and honest way. He also believes that the best work ethics to have are professionalism, punctuality, smart decision-making, and good choice of influence. For budding Black American designers out there, he encourages them to be at their best in everything and to associate themselves with smarter people who can influence and teach them to be better.

“Push, push, push and over-deliver. You have to be relentless in this (design) industry. Constantly push yourself to do the best work and push your client to be the best they can be. We’re able to do that for our clients by doing more than we are asked to do.” 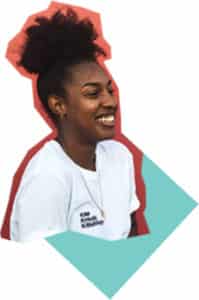 Ally is a graphic designer and illustrator, originally from Massachusetts. She graduated from the Hartford Art School in 2014 with a BFA in Visual Communication Design. Ally’s interest in graphic design began when she was 13 or 14 years old, when hip-hop, streetwear, and black culture inspired almost every youth of color. Attending art school exposed her to techniques and history, which expanded her taste. She describes her aesthetics as minimalistic and playful. As an artist, she tends to experiment with mediums. And as a graphic designer, she plays by the rules to sure that her designs are well researched, strategic and that the messages conveyed are clear for viewers. Ally’s motivation for creating comes from her mission; to be valued and for the perspective of a black woman to be heard more often.

Currently, Ally is a freelance graphic designer and has produced graphic design works for her own company, Fallen Cargo. One of her best selling designs is rolling paper with “Pardon Us” printed on them. This design resonates with a lot of people because it promotes social equality in the cannabis industry and speaks to mass incarceration of black people, before marijuana became legal in the U.S.

“I think it is totally acceptable for us to be gatekeepers of our culture. So many of the contributions that black people have made to American culture gets erased, whitewashed, and exploited. It is important for us to preserve it.” 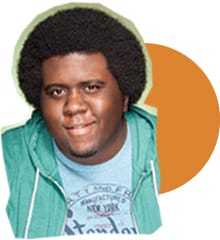 Web designer Maurice Cherry is based in Atlanta and is the host of Revision Path. Revision Path is an award-winning interview podcast that focuses on showcasing some of the best Black graphic designers, web designers, and web developers from all over the world.

Maurice felt the need to create a digital space where designers of color can be spotlighted for their talents and creative processes. Maurice’s goal for creating this digital space for black designers was to influence anyone looking for a virtual encouragement and that listeners will be able to bring their dreams to life. He currently works as the head of media at Glitch.com, an online community where everyone can discover and create the best stuff on the web.

“I felt there needed to be a space where Black web designers, graphic designers, and web developers could be recognized for their work”