The Philadelphia Convention and Visitors Bureau (PHLCVB) is a private non-profit organization known as the official tourism agency for the city of Philadelphia and the marketing touchstone for the Philadelphia Convention Center. PHLCVB provides art guides, educational materials, extensive hospitality resources, and diverse cultural opportunities; PHLCVB is committed to providing quality experiences for visitors to the city. One of the many ways that PHLCVB aids visitors is by producing helpful printed and digital guides. In 2022, PHLCVB decided to generate a visitor’s guide that focused on the heart and soul of the city of Philadelphia: its public art attractions.

A huge draw for tourists to Philadelphia is the city’s expansive art scene. It is considered a crucial element for any visit. Philadelphia touts its wide selection of museums; from the first art museum in the U.S. to the world’s largest private collection of Impressionist and early Modern paintings, Philadelphia has an impressive and diverse portfolio of exhibits. Beyond the walls of the renowned exhibits, the city proudly offers an enormous amount of public art. Dubbed the “Mural Capital of the World,” Philadelphia is proud to offer everything from architectural marvels to unique sculptures that fill the streets.

Creative Repute was hired to help the PHLCVB to design its art guide. An informative yet engaging design was critical to PHLCVB’s mission to educate visitors on Philadelphia’s art offerings. The client wanted the guide to be a work of art in itself. The overall tone would not only speak to art lovers ready to explore the city but also to visitors who might not know the spectacular variety of arts spread across the area. Knowing the art guide would be competing for attention in a rack of countless other travel brochures, Creative Repute designed a final product to be as bold and beautiful as the streets of Philadelphia.

Creative Repute decided to kick off the design with an in-depth discovery process. We discussed the client’s goals with the project, gauged their target audience, and brainstormed an overall aesthetic direction for the guide.

From the onset, the client emphasized that an important aspect of developing the guide was striking a balanced tone. Because the booklet was created to highlight both fine and public art, it was imperative to create a design that matched both contents through photo selections, fonts, colors, and illustrations
In the initial ideation process, the Creative Repute team presented a style guide in conversation with the PHLCVB’s existing branding guidelines. Integrating important design elements such as established color stories and fonts helped us tap into PHLCVB’s brand identity and further emphasize the organization’s mission of the PHLCVB. Creative Repute also embraced decorative motifs for the guide: brick and concrete texture to match the city’s grit. These textures not only conjure the image of the art-filled streets of Philadelphia but also give the guide a sense of the city’s raw and real edge. By combining the established elements of the PHLCVB with the exciting, rugged textures, the guide itself lies at the intersection of fine and public art.

Once the style guide was established, our team began putting together the main Art Guide. The multi-faceted project demanded a three-pronged approach: one designer focused on layout, one designer developed hand-drawn illustrations, and the last designer sourced and photographed the locales highlighted in the guide. The diverse strengths of the Creative Repute team played a key role in the project’s overall success; each team member used their area of expertise to not only provide individual elements that stood on their own but also cohere in service of a unified vision, a way that was greater than the sum of its parts.

Throughout the design process, The CR team was in constant discussion with the client to make sure they had ample opportunity for their feedback to be integrated into the project. The client consulted on all things related to the design; from hand-picking photographs to brainstorming typographic accents such as call-out text to offering opinions on brush strokes, the Creative Repute team made sure each and every design choice was in line with PHLCVB’s vision.

All throughout the brochure, there are several hand-made illustrations that enhance the beauty of Philadelphia’s most important landmarks. After extensive research, we compiled a list that reflected diversity with the purpose of showcasing Philadelphia’s different communities. The illustrated map along with every landmark, was first sketched and placed based on a real map of Philadelphia’s landscape, only focusing on the largest avenues and streets.

To allow space for every landmark to be placed as accurately as possible throughout the city, we used a magnifying glass method in which we signaled the exact location of every landmark and placed the illustration as if the viewer were zooming into it. Staying true to the creative direction, the landmarks were colored in and illustrated in Adobe Photoshop using 3 to 4 colors from the color palette. We used the lighter hues for highlights and some of the darker colors as base colors. Flat Photoshop brushes were used to color, and texture brushes were used to mimic concrete and brick. Preset Photoshop textures were also used to create the sensation of urbanism, and as a result there’s a harmonious balance between flat colors and grain.

Creative Repute provided light copy editing suggestions and used a shared Google Doc to track the client’s updates to the text for the Art Guide. The project was collaborative between the Creative Repute team and the client’s in-house team. Working with the printers early on was also vital to endure this project was successfully delivered with the correct formatting. The Creative Repute team shared the file’s bleeds, margins, clear space, color mode, and export settings to ensure it would be the best for the printer’s needs when the files were handed off. We also confirmed how the printers would like to receive the final print-ready files early on.

The Creative Repute team prepared an impressive book highlighting the different neighborhoods of Philadelphia and their individual art offerings. Inside the booklet, visitors can admire exciting images of cultural sites, stunning illustrations of iconic pieces of art, and an informative hand-drawn map of some of Philadelphia’s famous landmarks. As locals to Philadelphia, the Creative Repute team is proud to have worked on a project that highlights the inspirational beauty of the city they call home.

The final guide was printed and distributed globally, at tradeshows, events, and overseas offices. It was also designed to be exported and displayed as an interactive PDF that can be flipped through on the client’s website.

Founded in 1941, the PHLCVB is a private, nonprofit membership corporation known globally as the official tourism promotion agency for the City of Philadelphia, as well as the main marketing agency for the Pennsylvania Convention Center.

The PHLCVB drives economic prosperity across the Philadelphia region by promoting job growth and expanding the local hospitality industry. Through robust marketing efforts to advertise the destination, the Pennsylvania Convention Center attracts visitors from around the globe. With every step, PHLCVB hopes to tap into the local Philadelphia community, as well as culturally, ethnically, and geographically diverse convention, sports and tourism customers.

By acting as an economic powerhouse for the city and bringing in a diverse portfolio of income streams to Philadelphia, PHLCVB uses its influence to make a positive impact on the city. The organization believes that supporting the area’s thriving arts and entertainment, historical, cultural, retail, restaurant, and sports facilities will improve the quality of life for all of Philadelphia’s residents, stakeholders, and visitors. As an advocate for the greater Philadelphia area’s continuous transformation of infrastructure, PHLCVB hopes to expand economic equity and empower the city through its efforts. Above all else, PHLCVB is proudly Philadelphia’s number one fan; they are celebratory in their love for the city, their clients, and visitors to Philadelphia. 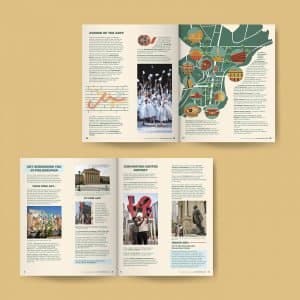 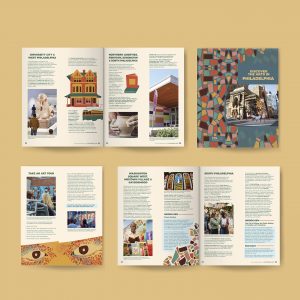 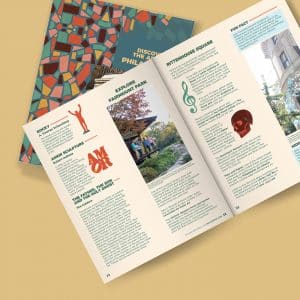