In the Summer of 2022, Monument Lab approached Creative Repute to help kick off the first phase of their public fundraising campaign, in partnership with the Gray Foundation, to honor Congressman Gray’s legacy through the historic William H. Gray III 30th Street Station. Our team worked to develop brand strategy tactics for the Living Legacy Campaign.

The project goal was to raise capital through a large-scale multi-million-dollar mural campaign that would build public awareness of the station’s legacy with the help of our team’s branding and marketing services.

The client sought an impactful and coherent design for the campaign’s first initiative — a public art project where a local Philadelphia artist would be chosen to create artwork for 30th Street Station. It was important that the brand identity we designed reflected Monument Lab’s innovative and modern nature whilst honoring the social values and political history tied to the Gray Foundation and Congressman Gray, respectively.

Creative Repute was asked to deliver a logo, fonts, color schemes, and a style guide with mock-ups that show how these visual elements would be used across the campaign’s website, print advertising, and social media. This included a postcard template, a website landing page, banners, a billboard template, and various social media post designs for Facebook and Instagram. The deliverables included an editable open call and presentation template for Monument Lab and its project partners.

Spanning over the course of 3 months, the team worked alongside both Monument Lab and the Gray Foundation to produce visual assets that would stand the test of time. Though research and suggestions were provided by the client, Creative Repute began by conducting a brand audit and ensuring we understood the client’s need through a thorough Discovery Process. We agreed that a modern sans-serif typography, as well as red, black, and green color palettes, would give the client the feeling and emotion they needed for this public-facing project. This initial decision was based on the bold, contemporary political poster aesthetic that Monument Lab was most fond of. It also referenced the colors the Creative Repute team noticed Congressman Gray wore often and that appear in civil rights memorabilia.

William H. Gray III served as a congressional representative and a prominent activist. In 2014, congress passed a law to rename 30th street station after him, following his passing the year before. These two themes — the history of Congressman Gray’s career and the station’s architecture — served as the primary inspiration for our designs, which Creative Repute explored through the use of the station’s floor plan, the station’s pillars, movement, and trains (both the mode of transport itself and closely-associated visuals such as subway maps and signs). Taking the setting into account, our team added grey to our proposed color palette to draw reference to the large silver signs seen both outside and inside the train station, and the Congressman’s name.

Before the first round of feedback, Monument Lab informed us that the project would be titled the Living Legacy Campaign. We quickly moved forward with designing logo drafts using the colors and fonts that we had agreed on. Upon our first meeting, what stood out to the Creative Repute team was Monument Lab’s passion for the station and what it represents amongst the local and broader community. Logo options that included 30th street station’s floor plan, the buildings’ pillars, and thick borders quickly became the client’s favorites.

After the first round of deliverables, Creative Repute was tasked with finding a solution for an impromptu requirement from the project partners. The request was for a slightly conservative, sleeker design that would compliment the train station, as well as Amtrak’s branding. The goal was not to imitate but instead to be considerate of the corporate tone that the Gray Foundation typically associated with, in addition to making sure we are appealing to prospective artists. Our team decided to reflect that by steering away from green, making bright red an accent color, and using soft navy and grey as the base for the style guide. Creative Repute kept the modernity seen in the first round by playing around with the train station pillars and opting for a slanted serif typography. The pillars in the branding serve as both a nod to III in Congressman’s name, the pillars in the station, and the train tracks. During each phase, Monument Lab asked that we present our suggestions by overlaying logos over historical images of Congressman Gray with figures such as Nelson Mandela, Desmond Tutu, Bill Clinton, and more to see how the logo can use used as a watermark.

The Creative Repute team directed the visual brand strategy efforts towards the project’s need to appeal to artists, who are one of the main audience members for the open call, through the use of painterly red strokes. We chose to be more subtle than direct to allow Monument Lab to have the flexibility of using this branding in corporate or political spaces, as well as creative ones.

The final product revolves around celebrating William H. Gray III and tying his legacy with the architecture and purpose of the 30th Street Station. The Creative Repute team ensured that the style guide we created was appropriately deployed across all mock-ups and that we provided an effective template for each asset that was straightforward enough to hand off to Monument Lab’s teams to carry forward. Clean, stand-alone typography with “call out” text, such as color-blocking text, large air quotes, and button-style call-to-actions, gives Monument Lab the ability to focus on announcements, sharing information, and grabbing the attention of passers-by while the muted navy and gray color palette enabled their marketing to seamlessly blend with the station’s environment, almost as if it were always there. 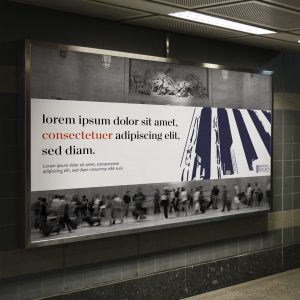 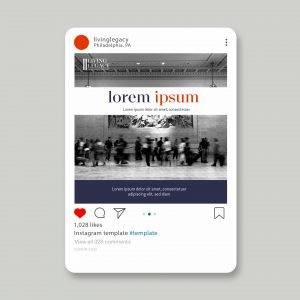 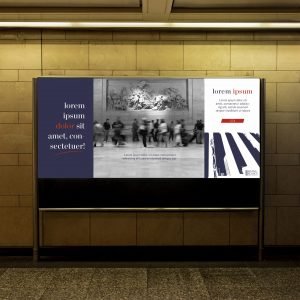 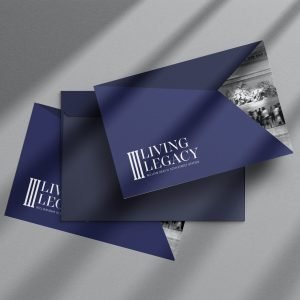 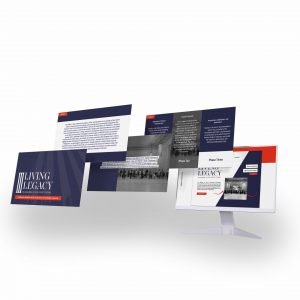 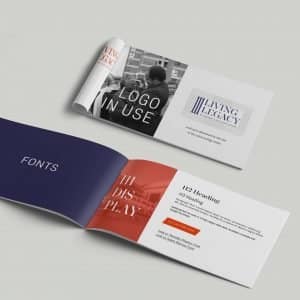 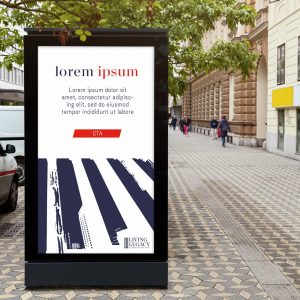 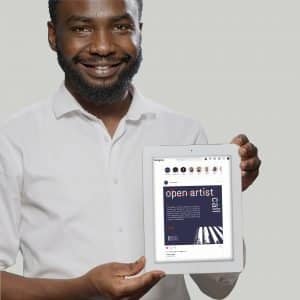